Boris Pasche and Alexandre Barbault, coinventors of the TheraBionic technology and cofounders of TheraBionic Inc., formerly TheraBionic LLC, and TheraBionic GmbH, had one goal in mind since the beginning of their research: developing better and safer therapies for cancer.

Since 2001 they have developed a proprietary technology as well as proprietary devices to identify tumor-specific modulation frequencies. Identification of these frequencies was based on changes in hemodynamic parameters occurring when patients are exposed to low and safe radiofrequency electromagnetic fields, which are amplitude-modulated from 0.1 Hz to 150 kHz. Using this approach, they discovered that patients with the same tumor type, e.g. hepatocellular carcinoma, had the same hemodynamic changes when exposed to the same frequency modulations.

Following identification of tumor-specific frequencies they hypothesized that these frequencies could block cancer growth. They designed and built new devices emitting the same modulation frequencies as those identified in patients. Treatment was administered for 60 minutes 3 times a day. In two separate clinical studies they found that this treatment was capable of blocking tumor growth in a substantial proportion of patients without causing any side effects of significance.

The vision of TheraBionic’s founders is to further expand their findings using this technology both for diagnosis and treatment of several forms of cancer. 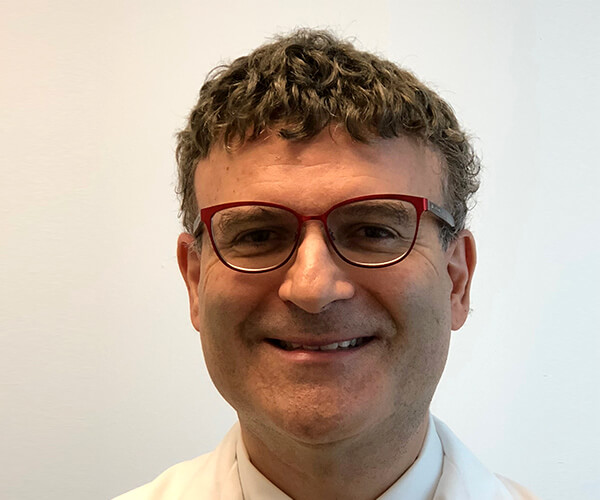 Professor Pasche received his M.D. and Ph.D. degrees from the Karolinska Institute in Stockholm, Sweden and a M.D. degree from the University of Lausanne, Switzerland. Following a postdoctoral fellowship in Dr. Joseph Loscalzo’s lab at the Brigham and Women’s Hospital, Harvard Medical School, Dr. Pasche did a residency in Internal Medicine at the New York Hospital, Cornell Medical Center. He then undertook his clinical training in Hematology/Oncology at Memorial Sloan-Kettering Cancer Center where he did a second postdoctoral fellowship in the lab of Dr. Joan Massagué, Howard Hughes Medical Institute and Sloan-Kettering Institute for Cancer Research. In 2000 he was recruited to Northwestern University, where he spent eight years and established the Cancer Genetics Program, before being recruited by the University of Alabama at Birmingham as the Director of the Division of Hematology/Oncology, and Martha Ann and David L. May Chair in Cancer Research. He also served as the Associate Director for Translational Research and then Deputy Director of the University of Alabama Comprehensive Cancer Center.

Professor Pasche has co-authored more than 120 articles and numerous books and book chapters. He has served on multiple study sections for NCI, ACS, AACR, DOD and the Komen Foundation. He is a recipient of the Ohio State University Human Cancer Genetics Program Commemorative Medal and is an elected member of the American Society for Clinical Investigation (ASCI) and the American Clinical and Climatological Association (ACCA). 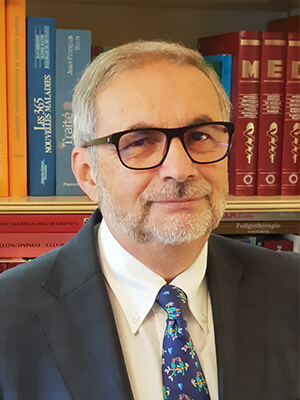 Alexandre Barbault received training as a Heilpraktiker at the Technical College of Saarbrücken. Since 2001 he has worked closely with Professor Boris Pasche to develop the TheraBionic technology. He has co-authored 9 peer review articles related to the use of radiofrequency electromagnetic fields, which are amplitude modulated at specific frequencies. 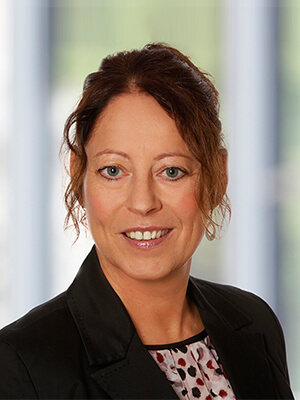 Regina Müller-Vollmer is the Chief Operating Officer of TheraBionic GmbH, manufacturer of the TheraBionic P1, since its establishment in Ettlingen. She is quality management representative and responsible for the development and monitoring of the QM system in accordance with EN ISO 13485:2016.

As environmental officer in a pharmaceutical company, she successfully introduced the environmental management system at all production sites and continued to develop it further. It was awarded an environmental prize by the state of Baden-Württemberg for commercial companies. In her function as department head for project management she was responsible for the efficient annual planning and resource coordination of all projects in the company as well as the development of her employees. Her work in the recent years has consisted of the performance of internal and external audits, the development and training of employees, the monitoring of legal conformity as well as public relations and association work.

She received a diploma in biology following her studies at the Westfälische Wilhelms University in Münster. 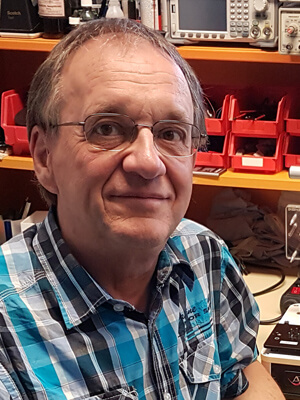 He studied electrical engineering at the Technical Universities of Karlsruhe and Berlin, graduating with a degree in engineering.